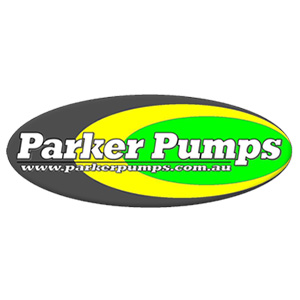 Things You Need to Know About Circulating Pumps

Circulating pumps drive fluids around closed-circuit loops. Generally, when you think of these motorized pumps, you'll imagine a home heating system which certainly counts as a fine example of this fluid impelling class. Circulating pumps do indeed warm home radiators, drive warmth to hot water taps, and also heat up swimming pools. They're also used to refresh garden water features. Anyway, having found their way into every fluid system, we believe they've earned their own post.

If an electric pump is to function as an energy-saving node in a cost-saving and sustainability-centric water recirculation loop, it's not a good idea to run it all the time. Timers and temperature sensors add a small but welcome measure of intelligence to the system electrics, but that's not quite enough, not in this energy-scrimping age. ECM (Electronically Commutated Motors) use solid-state circuitry to vary the speed of a pump's motor so that it saves even more energy.

How to Multiply Impeller Arrays

Here's a misconception that can be put to bed right now. If a high-volume application requires lots of raw horsepower, you'll need to install a single large circulating pump. In point of fact, there are a number of options. A series of smaller pumps, arranged in parallel or series, can significantly improve flow conditions. Remember, however, you'll need to carry out a few sums in your head. By splitting the flow, you're effectively also halving its pipe momentum.

By arranging smaller pipes in parallel or series, improvements can be expected in hard to solve flow situations. Be that as it may, a more intricate configuration can introduce flow inconsistencies. Next, for energy-saving difficulties, variable-speed motors are a workable option. The technology isn't new, but it's only recently been added to pump circulation systems. Paired with solid-state electronic controllers, the cutting edge circuitry really does make the pumps more energy-efficient. Alternatively, circulating pumps also make chillers more responsive. If that's the role they'll fill, though, the laminated iron motor cores and impeller castings need to provide temperature expansion coefficients that favour lower temperature differentials. Also, water isn't the only fluid used in chilled closed loops. There's glycol, too, which is slightly more viscous, therefore harder to predict, than plain cold water.